Perhaps what makes the Cadman-White-Handy house so interesting is that it is not simply a well preserved old house, but rather three remarkable houses that correspond with the first three significant trends to occur in this nation’s architectural history. Each campaign — from the original early eighteenth century house, to the mid eighteenth century improvements in the Georgian manner, to the Federal style addition — speaks volumes about the people, place, and period they represent.Furthermore, what is equally fascinating about this building is what doesn’t exist: those numerous, incremental modern improvements and alterations performed by recent occupants to update a house. 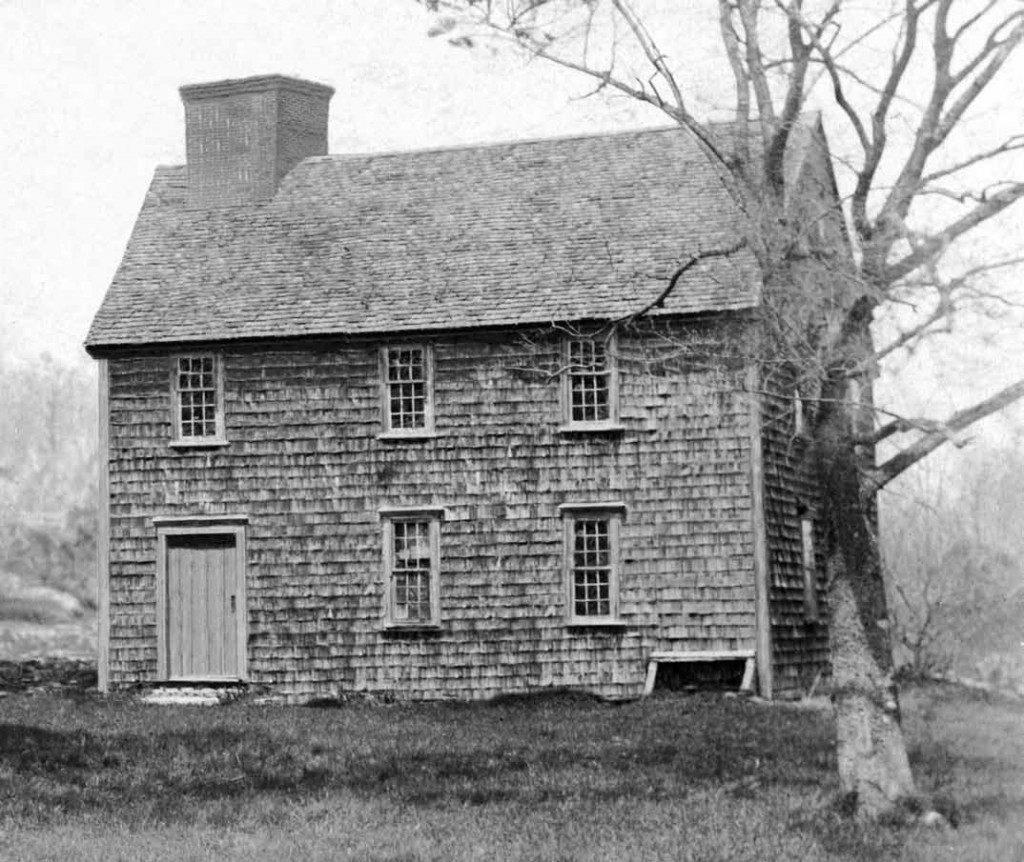 Click on the image to explore the 18th century Handy House

The original structure consisted of the east third of the house that exists today. It was built in c. 1713 for Elizabeth Cadman White and William White. It had a simple floor plan, consisting of one or two large multipurpose rooms on each floor. There was no privacy at all as the members of this family of 13 shared these spaces for daily activities such as eating, sleeping, chores, and storage. 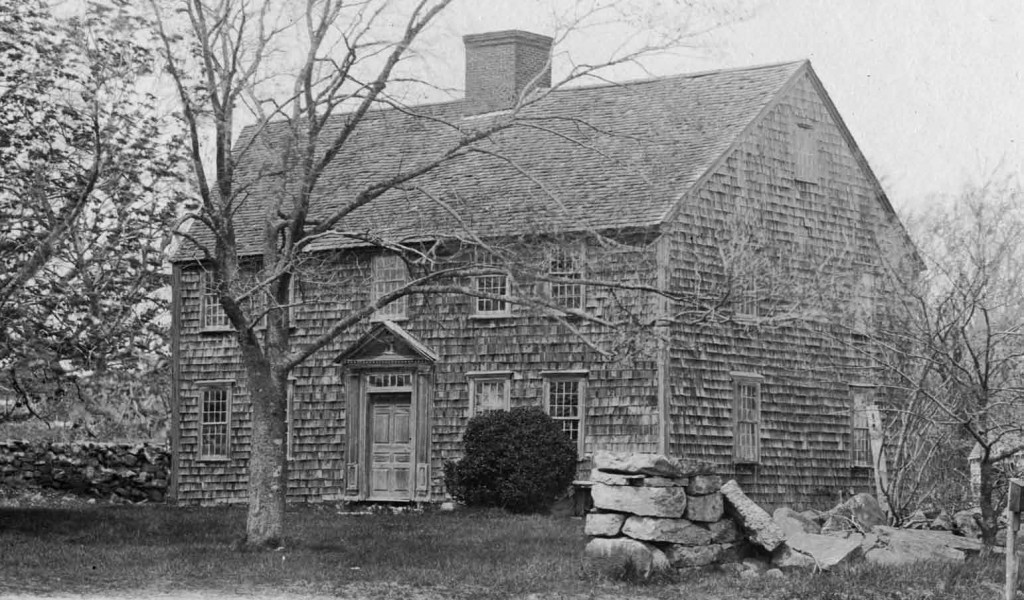 Click on the image to learn more about the changes that took place between 1780 – 1812.

By 1800, the house was transformed from a relatively humble dwelling into a fashionable two-story, center chimney house. It exhibited the graceful symmetry and proportion characteristic of classically inspired Georgian architecture. To learn more about the changes that took place between 1780 – 1812, click here.

By 1830 Dr. Handy had completed the last addition to the house, on the western side. The interior of this addition remains largely unchanged. It exhibits more restrained, refined features typical of Federal style architecture.The layout of the house, which now had two kitchens, allowed for additional family members to live under one roof and to have a certain degree of privacy.

To learn more about the Handy House during the 19th century, please click here. 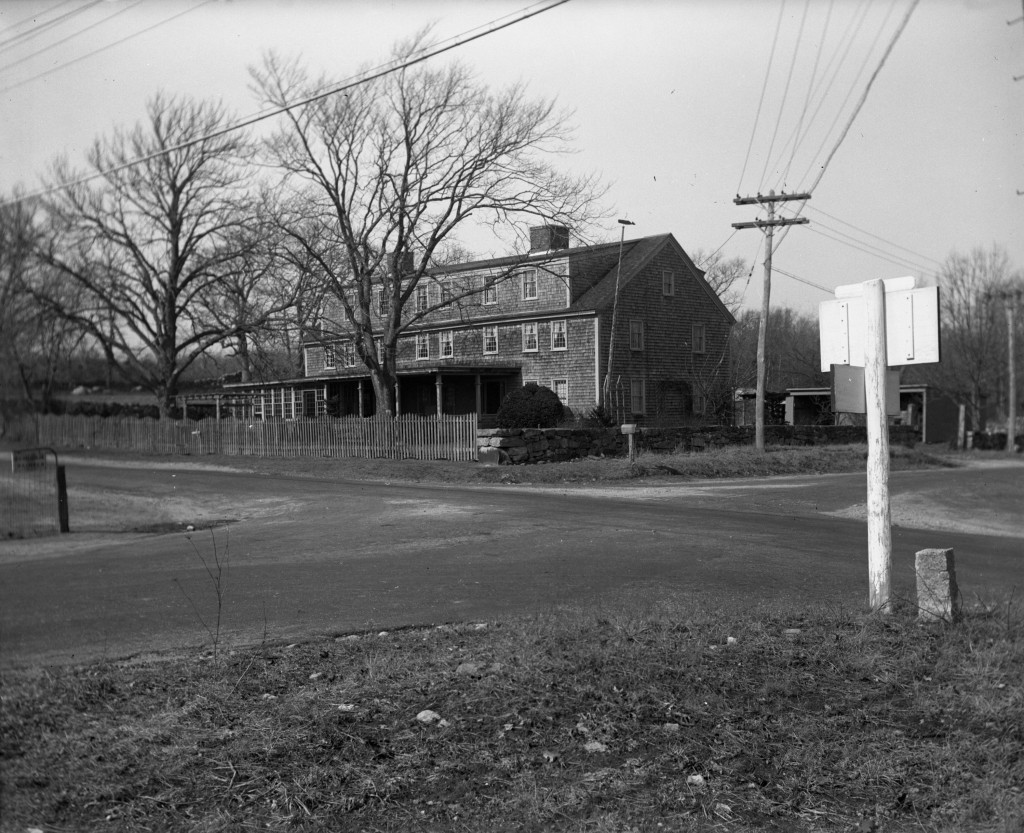 Click on the image to learn about the Handy House in the early 20th century.

The purchase of the house in 1911 by Abbott P. Smith of New Bedford, Massachusetts and the changes made to it in the years to follow, result in an interesting transition away from its traditional use as a dwelling house to the beginnings of its recognition as a historic site, albeit in a very much Colonial Revival fashion. Historic photographs of the house predating 1911 show the building in a deteriorated condition. Abbott Smith’s repairs and renovations to the house likely saved it from being lost to the pages of history.

Click on the image to learn about the Handy House in the 20th century.

The purchase of the house by Louis and Florence Tripp in 1937 and the occupancy of it by Louis and his second wife,  Eleanor Swanteson Tripp, marks the final period the house was permanently occupied.   In the grand scheme of things, it appears that the Tripps did little to the house other than undoing some changes introduced by Abbott Smith and updating portions of the interior of the house. All of the work performed by the Tripps respected the integrity of the building and were by far positive improvements. Louis Tripp’s and his workers’ attention to detail and methodical approach to working on the house are commendable. During an era saturated by improvements in building materials, technologies, and creature comforts, the Tripps essentially preserved the house as an artifact, while at the same time using it for its original intended purpose: a domestic residence.

Learn more about the Handy House during the 20th century.