The purchase of the house by Louis and Florence Tripp in 1937 and the occupancy of it by Louis and his second wife, Hilma Eleanor Swanteson Tripp (hereafter Eleanor Tripp), marks the final period the house was permanently occupied.

In the grand scheme of things, it appears that the Tripps did little to the house other than undoing some changes introduced by Abbott Smith and updating portions of the interior of the house. All of the work performed by the Tripps respected the integrity of the building and were by far positive improvements. Louis Tripp’s and his workers’ attention to detail and methodical approach to working on the house are commendable. During an era saturated by improvements in building materials, technologies, and creature comforts, the Tripps essentially preserved the house as an artifact, while at the same time using it for its original intended purpose: a domestic residence. 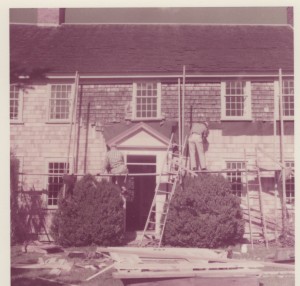 As previously stated, the obvious exterior changes made by the Tripps include the removal of the dormers and the front porch from the house (105-108). The removal of the dormers necessitated reframing the entire roof structure. In a letter to his contractor, Louis was careful to point out that a pair of original rafters remained in the attic and should be used as the basis for the rest of the roof. Demolition of the front porch exposed Abbott’s altered front doors and frames. Again, Louis based his repairs on earlier evidence, this time photographs, as a means of accurately restoring elements missing from the building. Curiously he retained the later door opening at the west end of the front facade, a feature he surely would have known was later (106, 108).

On the interior of the house, it appears work largely focused on updating services and finishes. In a transcribed interview with Eleanor Tripp, she referenced some of the services in the house. She described how the Period III addition to the house was heated by a hot air furnace (presumably located in the cellar) with a single register located in the stair hall. This type of heating system no longer remains in the house. Instead, the same area is warmed by a hot-water system utilizing cast iron radiators to radiate heat to individual rooms on both floors on the west side of the house. The style of the radiators suggests they date to sometime around the second quarter of the twentieth century. 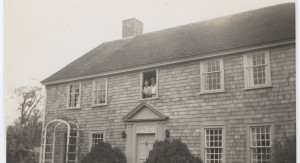 Eleanor also mentioned how she and Louis updated the wiring in the house, replacing what was there with BX cable — better known as metal sheathed or armored wire — likely expanding the service, while at the same time, as she rightly noted, safeguarding it from rodents that might chew at the insulation. Depending on exactly when the Tripps installed this, it would make most of the wiring in the house somewhere in the area of 60 to 70 years old.

Comparing interior photographs from the Smith and Tripp eras together with present day conditions, it is evident that the interior decorative finishes (wallpaper and painted surfaces) in some rooms changed more than once (110). With the exception of the second floor parlour, it appears as if the Tripps removed all of the wallpaper hung by Smith and replaced it with patterns of their choice. Photographs of the first floor parlour show the walls painted solid at one point and papered at another; today they are simply painted white. Eleanor made note in her interview that she painted the floors with the spatter dash finish. It is difficult to clearly discern, but a number of the floors in the Abbott Smith photographs do not appear to be painted. It may have been Eleanor that painted the floors throughout much of the house.

The most noticeable addition made to the interior by the Tripps was the construction of the bookshelves in the southeast room turning this space into the library (109). The construction of the bookshelves is independent of the wall surfaces and finishes and can be easily removed without damage to the building. While they tell part of the story of the history of the house, their removal would bring the room back to its eighteenth century appearance. 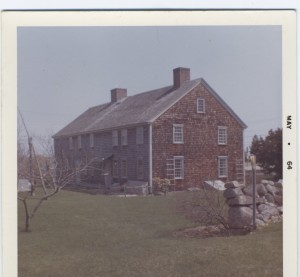 The work discussed in the paragraphs above describe the obvious improvements performed by the Tripps; it goes without question that numerous repairs have also been made that are either buried behind finished surfaces or too subtle to readily discern. What is most telling about their commitment to the house is how well it was kept up; a daunting task owing to the size and age of the building.