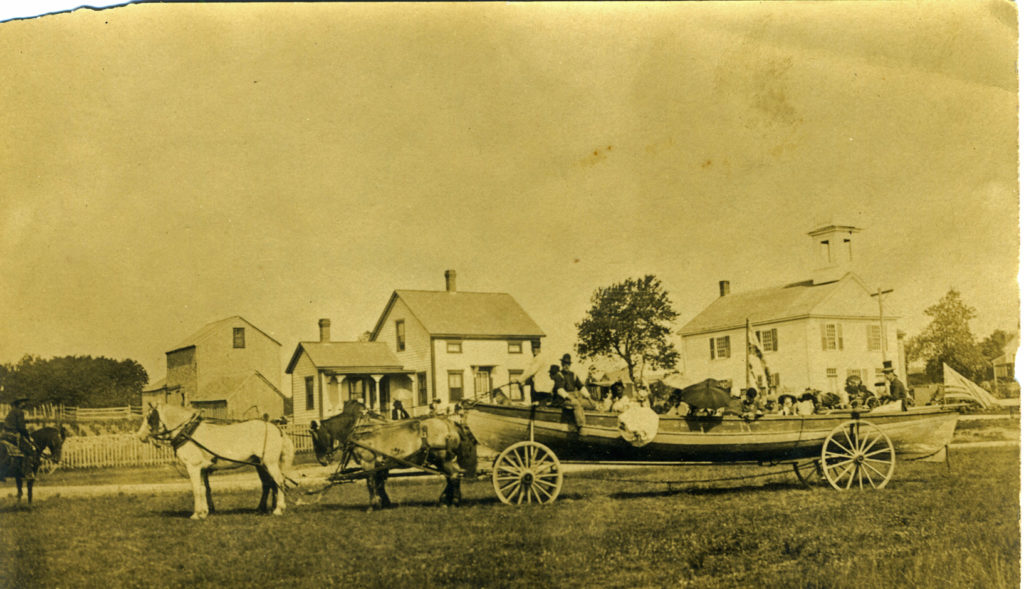 The oddly named “Parade of Horribles” (also known as Antiques and Horribles) was a traditional feature of Independence Day festivities in 19th century New England. As suggested by the name, it describes a procession of a comically strange nature.

Westport held its own version of such a parade, calling it a “parade of Antiques, Horribles and Trades.”

Our collection contains some wonderful photographs of the event in 1908. This parade took place during Old Home Week, held at the Head of Westport, a few weeks after Independence Day in late August. The parade pokes fun at the farming community and showcases a few of the local tradespeople such as the local blacksmith and wheelwright.

The following descriptions were provided by Gladys Gifford Kirby: 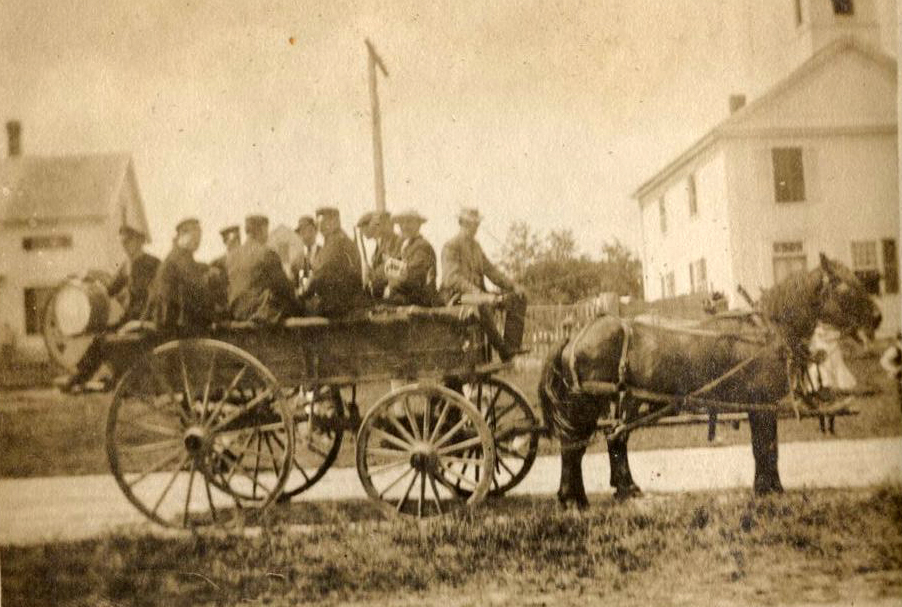 “The Westport Brass Band rode in Charles A. Gifford’s big express wagon. The band while driving in the parade ceased to play when passing the houses where the people lived who had proved themselves not public spirited, not only in not contributing but had tried to make a failure of the Old Home Week celebration.” 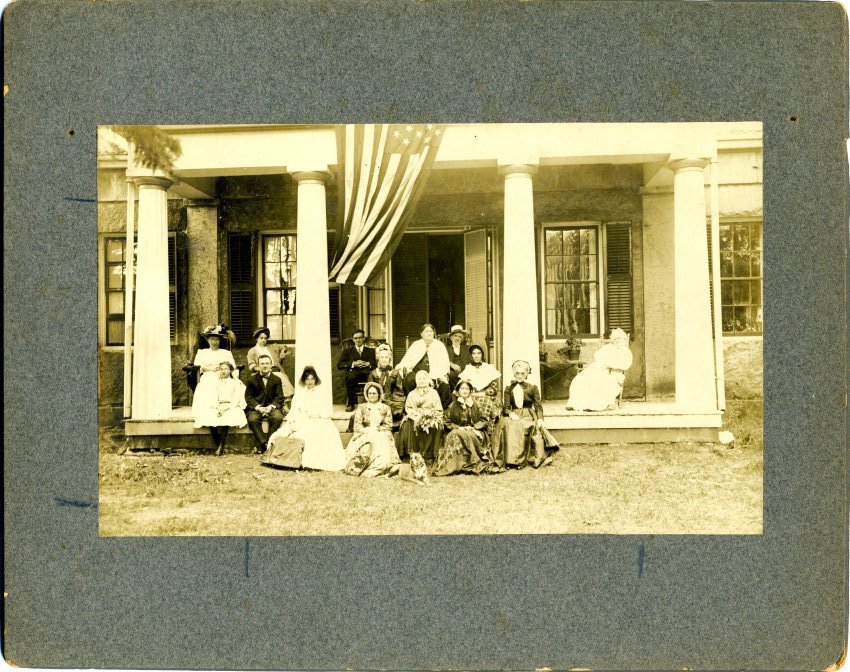 “The next carriage contained ladies of the G.E.O. Club: Mrs. George Tripp, Mrs. Hiram Reed, Mrs. George A. Tripp, Mrs. John Adams, Mrs. Walter King, Mrs. Lizzie Little, Mrs. E. A. Tripp, and Mrs. Mary Kirby, all of whom were attired in gowns and bonnets which were as old and in many cases older than themselves.”

“A canopy of burlap decorated with birch boughs the only portable farm in Westport, drawn by a horse covered with painted blankets and had an oil painting dangling from its side driven by a man who was dressed as a circus clown. The wagon contained dogs, pigs and chickens and a very suggestive cider barrel.” 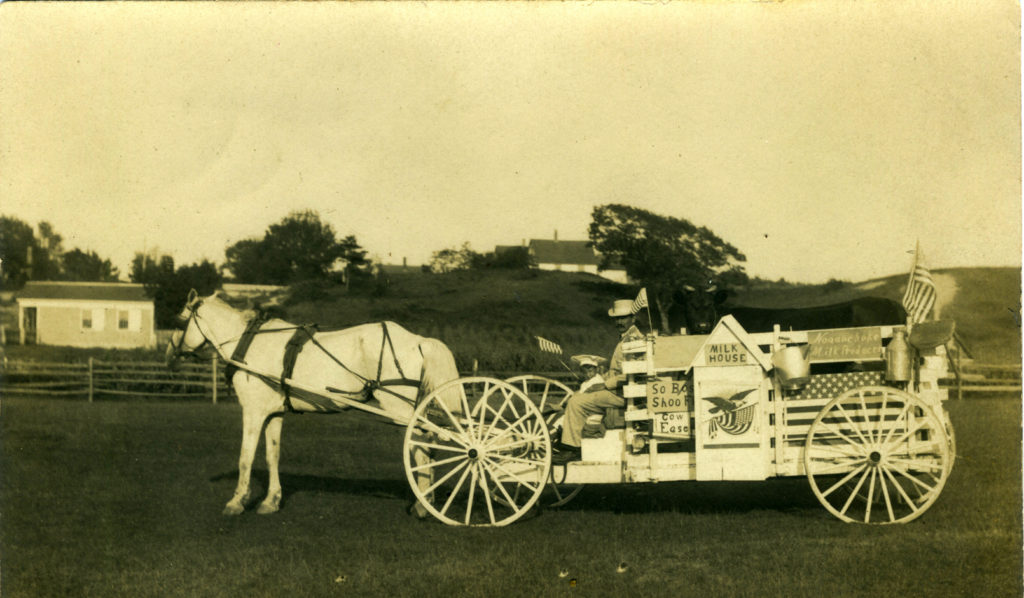 First prize was awarded to Walter King and his dairy-themed wagon which contained ‘a black cow, a miniature milk house, a milking stool and a cow sprayer.”

The photo shows Walter King and his son Louis. Look closely for the signs “Noquochoke Milk Producer” and a large bottle with the label “Disinfectant” next to it. 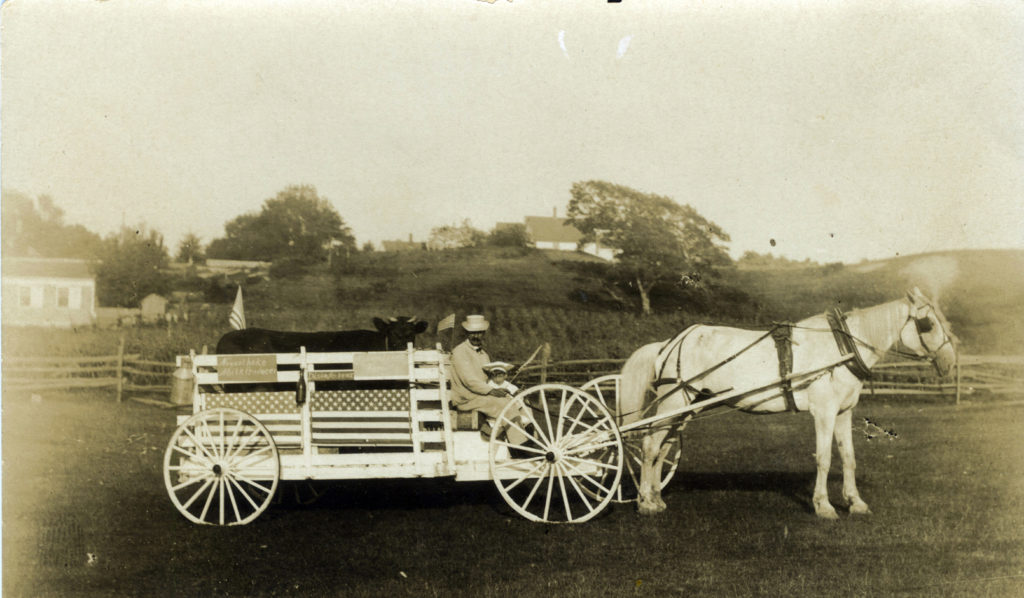 “The venerable Charles Reckards received second prize for his blacksmith shop arranged on a dray. This wagon was ‘a hit’ with the people.” 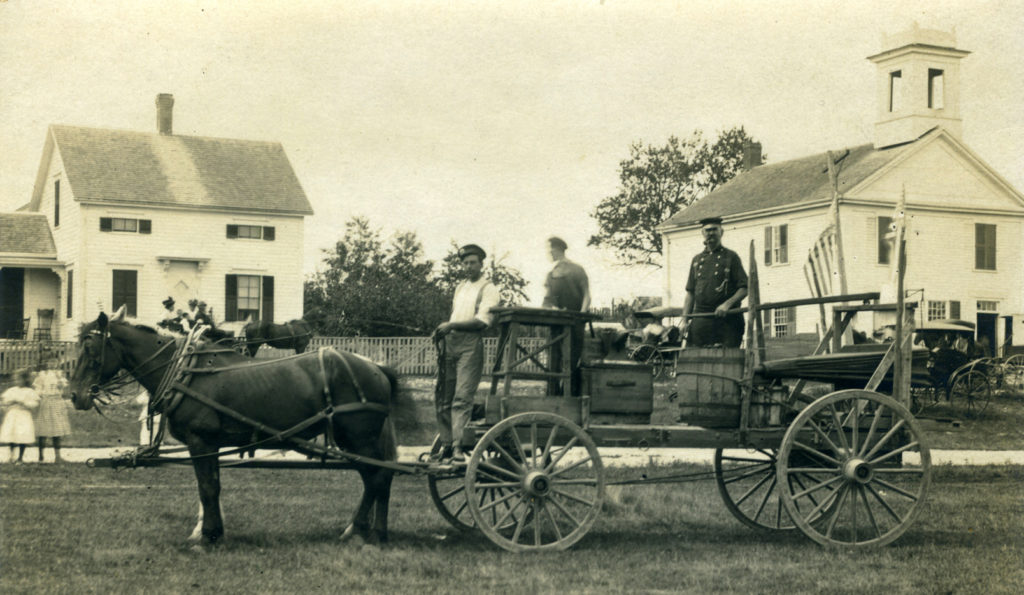 “A.H. Briggs, the wheelwright of the village, who had a wagon draped with flags and bunting and on which there was a display of Mr. Briggs workmanship. This was awarded fourth prize of $2.” 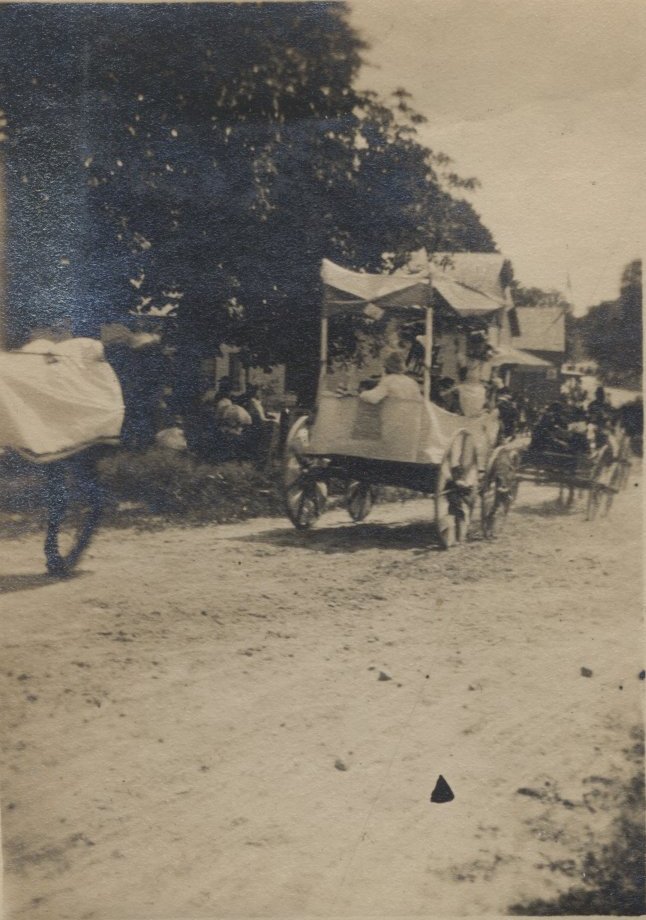