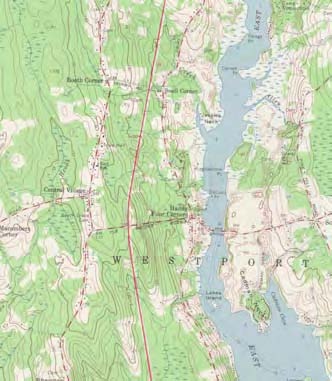 Archaeological testing was undertaken at the Waite-Kirby-Potter house (WSP.HA.22) in Westport, Massachusetts (Figure 1.1) in September and October 2009 by the Fiske Center for Archaeological Research at the University of Massachusetts Boston under Massachusetts Historical Commission Permit 3135 from the State Archaeologist.  The excavations were funded by the Community Preservation Commission of Westport, and permitted by property owner Muriel Bibeau. This report illustrates the results of the archaeological excavations that were undertaken during that time period, as well as the comprehensive results of documentary research which has been ongoing since October 2008.

The Waite-Kirby-Potter house is locally important because it is featured on the seal of the town of Westport and thus is one of the most significant historical structures in the town. In addition, this particular site merits further historical and archaeological investigation because colonial southeastern Massachusetts has, in general, not been subject to significant amounts of archaeological investigation, most likely due to the lack of development in the farmland that is so characteristic of the area. However, this presents an opportunity for a unique archaeological study since there has been some architectural, landscape, and population stability over the past 300 years. The Waite-Kirby-Potter site presents an opportunity to study three families who were part of this wider regional farming community. With limited archaeological knowledge of this town, and of this region, this site presents an important opportunity for local residents to gain a more comprehensive understanding of their own history as well as to begin to document a historic farmstead for further comparative regional research. The house has, throughout its history, been known as the Waite-Potter house, however the documentary evidence uncovered for this project shows that the Kirby family inhabited the house for over 100 years, and their name should also be included in its title as they had a significant role in the history of this property and the abutting land.

The Waite-Kirby-Potter site is situated approximately one mile north of Westport’s Central Village on the east side of Main Road. Site forms were submitted to the Massachusetts Historical Commission by the Public Archaeology Lab following their intensive survey of the town’s historical and cultural resources. They describe the site as a 17th century cellar hole and two adjoining chimneys, one of which is the stone end of the original house, the other is an 18th-century brick chimney on the westerly side of the original stone end. (This 17th century date is based on tradition, and the most recent documentary research presented in this report suggests a slightly later, more specific date.) In stone end houses, one of the gable ends, as the name implies, is constructed of stone with an integral stone chimney, while the rest of the house is wood framed. The stone end is left exposed, while the sides are sometimes encased by the house’s framing. 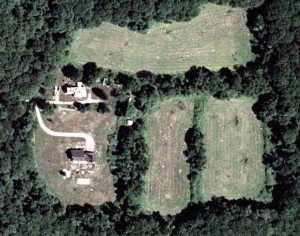 Figure 1.2: The project area within the larger property boundaries.

The structure was destroyed in 1954 by a hurricane, with the exception of the extant surface features. These features sit approximately 20 meters (ed. note – Approx. 60 feet ) northwest of the currently occupied 19th century house (Restcome Potter house). The whole property of about 22 acres is down a long dirt lane from Main Road and is not visible from the road, and also includes the Waite-Potter cemetery on its northern boundary. The area that was archaeologically surveyed is a small part of the property and is centered around the chimney and cellar hole (Figure 1.3), bounded by a plowed field and swampland on the north,
a stone retaining wall on the east, a driveway on the south, and the current house’s active yard area with gardens on the west. In total, this archaeologicalsurvey area is approximately 30 × 30 meters. Aside from the elements of the earlier house, there are also numerous 19th-century resources on theproperty that relate to its use in both agricultural and domestic contexts (Figure 1.4). These include a 19th-century barn foundation, privy (Muriel Bibeau, personal communication, 2009), and the farmhouse mentioned earlier. These elements are integral to the site because they exemplify the continued use of the property from the early 18th century to the present, a common characteristic of many farmsteads in this region.

The nearest water source is Snell Creek, a small stream that flows from the east branch of the Westport River (Noquochoke), and which is approximately 100 meters north of the present house. This water source is important to the property as it is mentioned in several deeds as a boundary, and creates a higher potential for prehistoric cultural resources in this area. The archaeological survey area for this project was comprised mainly of the
domestic space and its boundary with an agricultural field; these areas are situated on an area of upland, with a lower swampy area to the north and
east that is a product of the creek.

The soil that the excavation area was comprised of was Paxton fine sandy loam with 3 to 8 percent slopes (PfB). Typically, an intact soil profile
of this soil type has an A horizon consisting of a 10YR 3/2 very dark grayish brown with a depth of 0 to 8 inches. The B1 horizon extends from 8
to 16 inches and is a 10YR 5/6 yellowish brown with 5% gravel. The B2 horizon is a 2.5Y 6/6 olive yellow and is a sandy loam extending from 16 to
22 inches. Below that, the glacial soils of the C horizon are comprised of a 5Y 6/4 pale olive gravelly sandy loam with 25% gravel. This extends from 22 to 60 inches typically (Roffinoli 1981: 61). Adjacent soils (Figure 1.5) in the area include the Whitman series to the east (WhA) which comprises the
swampy area between the field and Main Road. The Whitman series is located in areas of swampy wetland and is a poorly drained series, often a
grayish color.