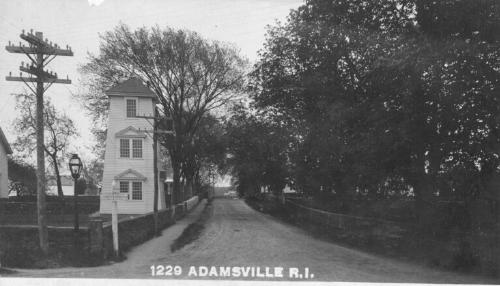 The road to Westport Harbor winds through Adamsville, Rhode Island. This geographic separation led to a secession movement in the 1920s led by Earle Perry Charlton. A petition signed by Harbor residents was submitted to the Massachusetts General Court but was returned by the state to be settled within the town of Westport. Westport town meeting of 1926 voted 281-0 against allowing the Harbor to become a separate town.