Home → Blog → High School at the Head of Westport

High School at the Head of Westport 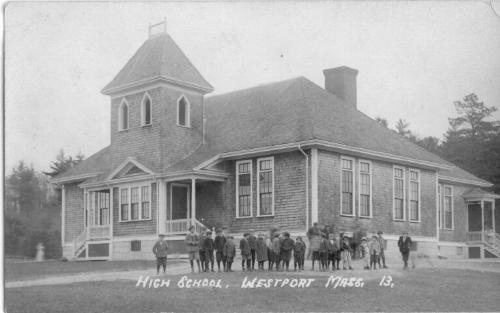 The first curriculum for high school studies was drawn up in 1888 and was a two-year program. A four-year study course was established in 1922-23, 30 years later. The first class was graduated from Westport High School in June 1923 and had seven students.

Ca. 1890, the high school was moved from the Head of Westport to Westport Point for a time before moving to the old Town Hall in Central Village. The Head School was used for the Westport School Administration offices and as an elementary school. It now (2004) houses Westport’s Council on Aging. (Roy et al. “Early Schooldays in Westport.” 1989:pp. 49-50, 72-73.)

This entry was posted in Schools of Westport.