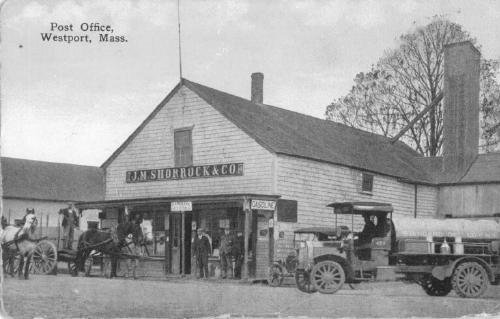 Head of Westport Post Office and General Store. The old village at the Head of Westport developed due to the mill industry utilizing the water power of the Noquochoke or East Branch of the Westport River and its feeders. Joseph M. Shorrock’s General Store in 1905 was a center of “commerce and congeniality” as well as post office, stage stop, and later, a gas station to serve “horseless carriages.”

This entry was posted in Head of Westport.