Do you remember Butler’s Donuts?

Revealing their unique recipe for success!

Have you ever suffered from a case of food nostalgia – a yearning for tastes and flavors from the past and especially for food produced by a local business that is no longer in operation?

Many Westporters of a certain age may suffer from this condition of food nostalgia after watching this short video showing the process of making donuts at Westport’s Butler’s Colonial Donut House. Located at 461 Sanford Road, Butler’s was a Westport institution for more than 50 years.

For many Westporters, Butler’s Donuts was the place to go after church on Sunday mornings, when long lines of customers gathered to pick up their favorites for breakfast.

“I’d love stopping in there after my paper route and getting a dozen donuts. I’d lean my bike up against the building and patiently wait in line. It was so hard for me to pay attention in there because to me, there was so much stuff going on and I wanted to pay attention to what everyone was doing and what the machines were doing. I was even mesmerized by the girls wrapping the string around the box so fast. That sure was one of my favorite childhood memories in town. The key was getting there before Sunday Mass let out though. Butlers Donuts will forever be a cherished memory for those of us who had the opportunity to experience it.”

“They were the best donuts, Sunday mornings in line was also a social event, always someone in line or working there that you knew.”

Bill and Jeannette Butler both grew up in Westport. After meeting at the Kerr Mill, they married and had two daughters, Kathy and Donna. This was an era before childcare and Jeannette wished to find employment that would allow her to care for her own children. During the summer of 1954 the family drove to Bake’n Joy in Andover and an idea was on its way to becoming a reality. Bake’n Joy not only provided the equipment for the business but also trained the Butlers on how to make the donuts. (Bake’n Joy is still in business.) 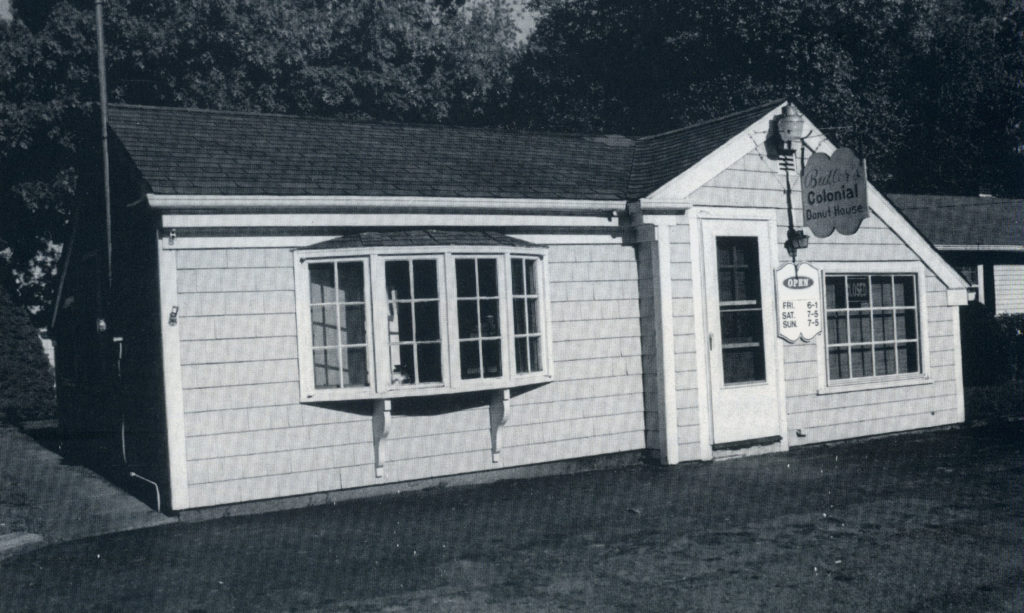 In 1955 Bill Butler built the original section of the store, seen here in this photo on the right. Kathy’s mother recalled how nervous Bill was on opening day, but this new business located on Sanford Road grew. Many customers found Butler’s Colonial Donut Shop en route to Horseneck Beach as Sanford Road, before the construction of Rt. 88, was one of the main routes to and from the beach. Any summer weekend the traffic could back up on Sanford Road even beyond the donut shop’s location. Kathy remembers sitting on the front steps of their home with her sister Donna watching returning beach-goers “hop out, buy some donuts, and get back into their car further down the road.”

Business was further boosted by the Sunday church crowd after the construction of Our Lady of Grace Church.

Along with other family members, Kathy and her sister Donna worked in the store, starting off by making boxes, then moving on to frosting donuts, and then to waiting on customers. “It was the best job I ever had,” Kathy said. “We worked hard but it was fun! Customers were always happy to walk out with those homemade donuts.” 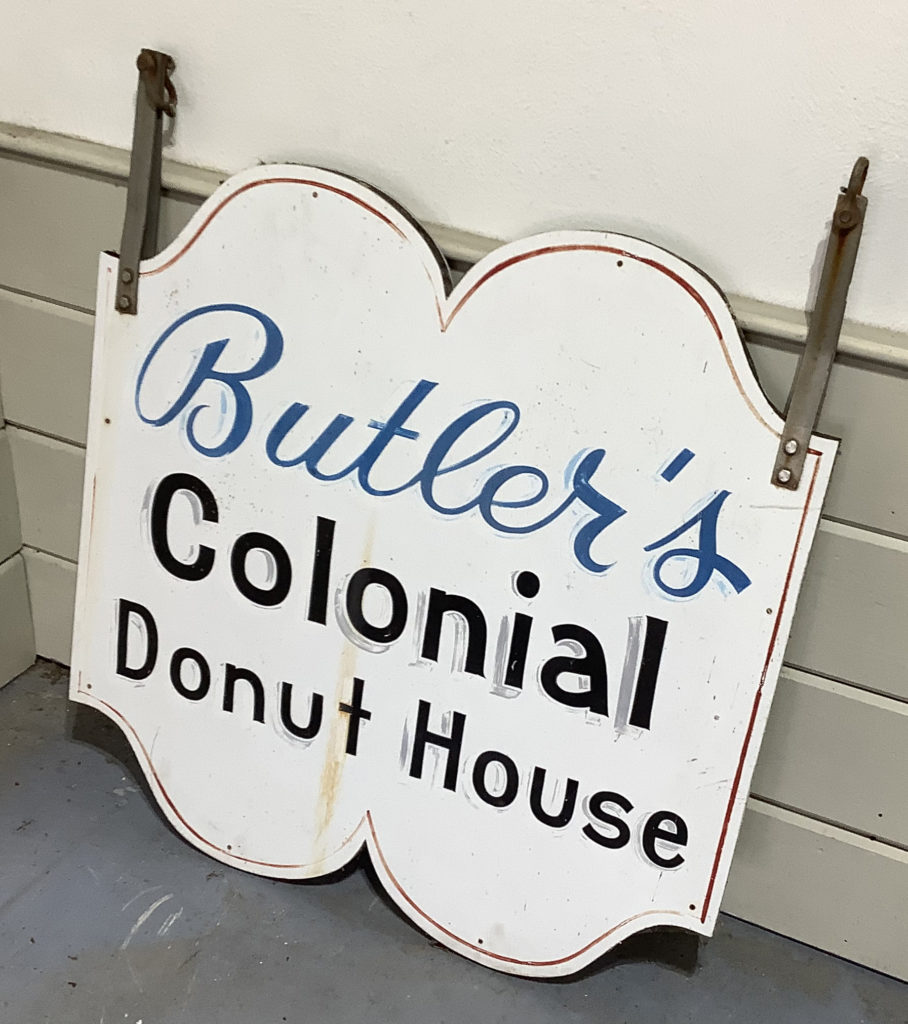 What was the recipe for success?

Rumors about the recipe for the donuts abound. Was the recipe passed on to another business? What made the donuts so special and memorable? In fact, according to Kathy Santos, there is no special recipe of ingredients. Rather the secret to their success was teamwork, their experience learned from mixing the dough by hand, and using the best products available. Proofing the dough properly, adjusting for changing weather conditions, and keeping the frialator oil fresh (changed every week ) was key.

“Nobody could hand cut donuts as fast as my mother,” recalls Kathy. In tribute to her parents, Kathy noted: “My parents were the recipe.” 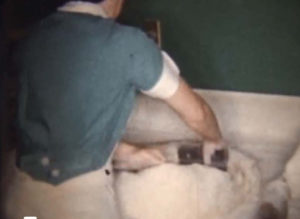 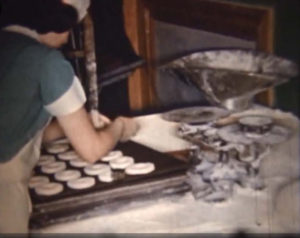 The work was hard, physically demanding, and time consuming. In the early days they would start work by 3:00 AM on Sundays and in later years work began around midnight in order to fill the case for Sunday’s customers. 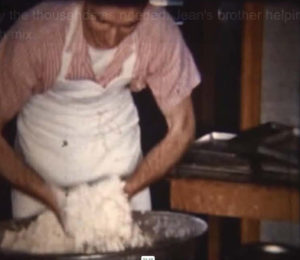 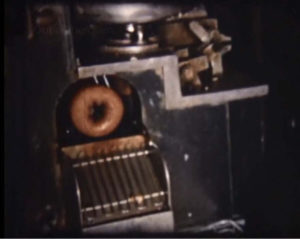 The Butlers purchase a second-hand machine, once commonly found in five and dime stores. Nicknamed “Matilda”, it made fabulous cake donuts freeing Jeannette to concentrate on raised donuts.

Over the years the Butlers branched out offering muffins, squares, pies, and those of you who remember even pizzas!! Again, because of the quality of the product, the pizzas would fly out as well, so much so that Jeannette forced the issue: donuts??? Or pizzas??? The donuts won!! 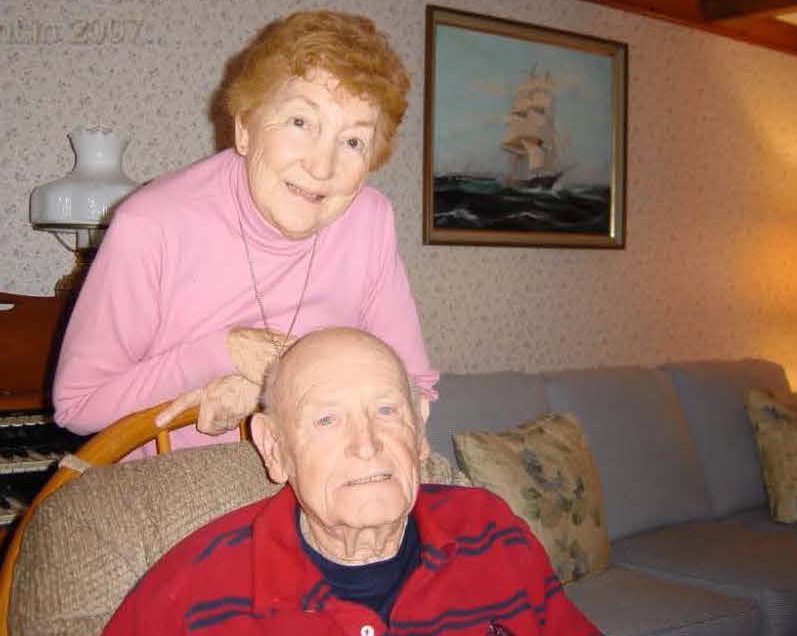 What was in the donut case?

The store offered a huge variety of donuts. Kathy can vividly recall the contents of the donut case which included: 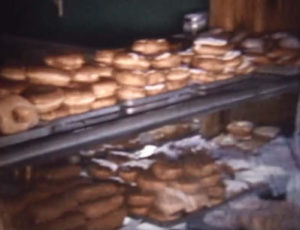 In 1979, a retired hockey player, Alex Kogler, purchased the business.

During Kogler’s era, a customer favorite was the “long john,” rectangular in shape, filled with whipped cream and a thin ribbon of black raspberry jelly that, according to one food writer, tilted the flavor balance “of this stout little hero towards delirious.”

When asked about the “gourmet” quality of Butler’s donuts, owner and baker Alex Kogler highlighted the use of high-quality ingredients such as fresh, real cream, hand-made yeasted dough, and good shortening. He also highlighted the importance of concentration and the need to adjust the baking for different weather conditions.

During Kogler’s time as owner and baker, the recipe remained unchanged, the cash box remained in use and the original building unaltered. 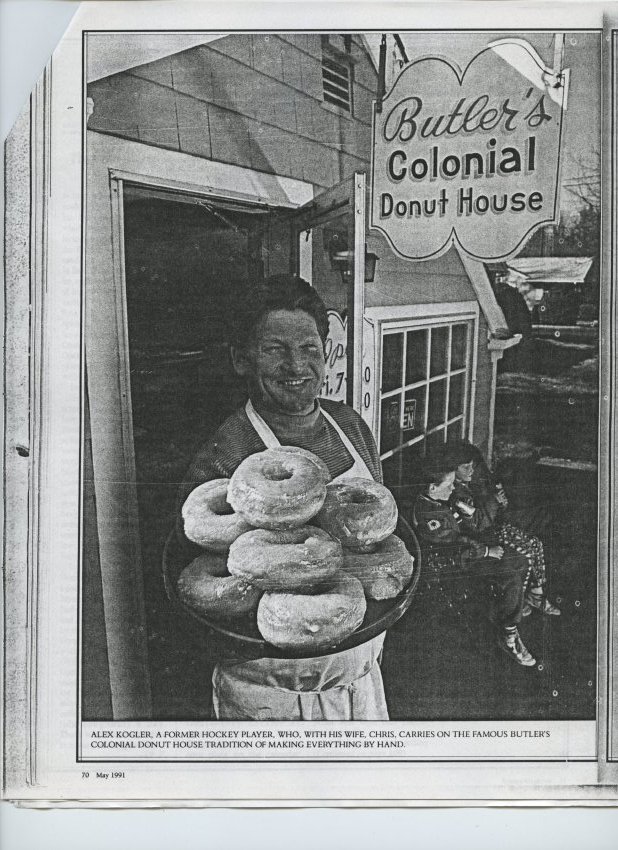 Following Kogler’s retirement, the next owner made some radical and unpopular changes to the products, leading to the demise of the business. The closure of Butlers Donuts was a devastating and personal blow for the Butler family who sought to secure the name of the business. Kathy Santos recalls attending the auction of the business with her father at which they secured the name, contents and a so-called “book of recipes” from the last owner. To the family’s surprise, the book of recipes contained “nothing to do with donuts.”  Kathy described how her mother laughed at such a worthless collection.

Unfortunately for Westporters today, there is no equal to Butler’s donuts. “Even after all these years, I still haven’t found a better donut,” wrote one local resident. 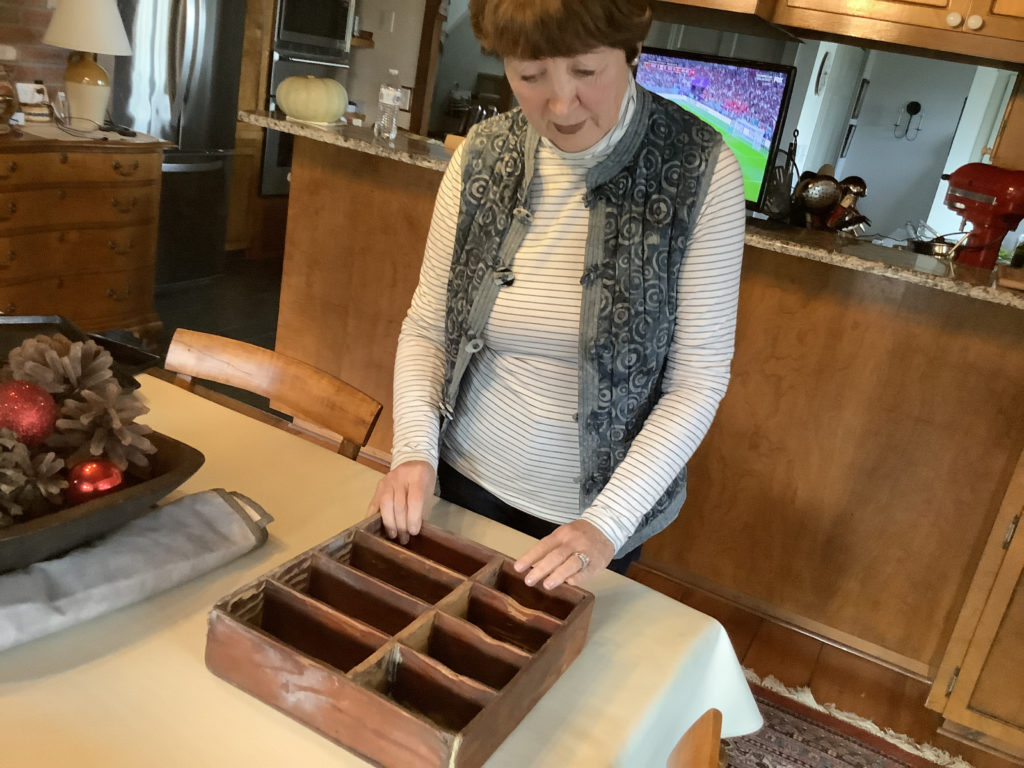 With thanks to Kathy Santos and to Claude Ledoux.

An interview with Alex Kogler can be viewed at: