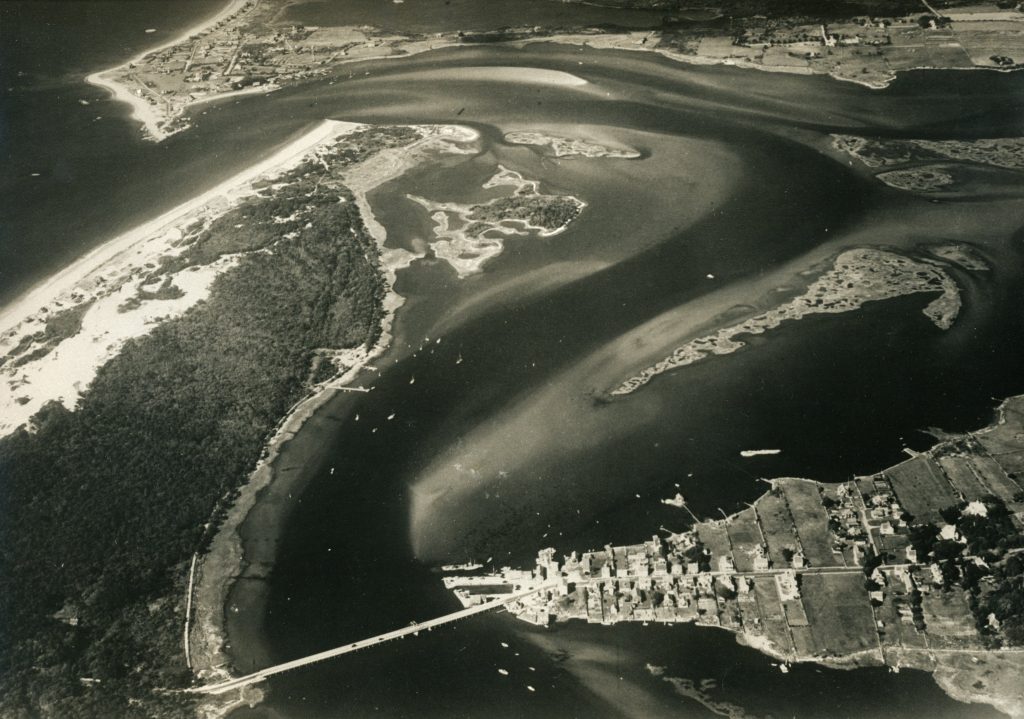 Westport Point is one of most protected and hidden harbors in this area. The high dunes of Horseneck blocked the Point from view and the rocks and ledges, combined with treacherous currents, made navigation difficult to outsiders. The British referred to Westport Harbor as “the Devil’s Pocket Hole.”

Often as a source of amusement, a vessel would sail out of the harbor to harass a British vessel for a while, and then, when the captain of the former found things getting too exciting for his comfort, would slip quickly into the harbor and out of reach of the enemy.

“such was the anger of the British, after cruising back and forth, in wrath would open fire upon the hamlets lying along the shore, and during one of these flurries, the south side of the present dwelling of G. Frederick Davis was carried away by a shell from a vessel lying about half a mile off the shore, marks of which the ancient building carried till thoroughly renovated a few years ago.”

The Black Ships, Rum Running in Westport from Westport Historical Society on Vimeo.

“Rum running and all that goddamn business”

“During Prohibition (1920 – 1933), rum running was the principal occupation of a good many Westporters, including some otherwise very respectable citizens. There was money in it. In 1927, there was a long gray boat up alongside the huge Coast Guard vessel. It had two Libertine motors, which were World War I motors, and I could not understand how this long gray boat could continue in the business and not be hauled away somewhere. There wasn’t any question that it was in rum running activities, and it was hard to realize how anything illegal was tolerated” (Richard Paul).

Working under cover of darkness, local fishermen would motor out to the mothership to take on a load of whiskey and make a mad dash for shore. Much of the whiskey was brought up the East Branch where it was hidden away in barns. Locals describe how they would close their curtains if they heard trucks rumbling up the road.

Model T Fords were specially fitted with compartments alongside the drive shaft to hold as many as 40 cases of liquor.

“I can remember well when Prohibition was erased in 1933. A great many of those who had been in the rum running, were working on the WPA, building the sidewalk up and down the street. Their means of support had been suddenly taken away from them” (Archer Tripp). 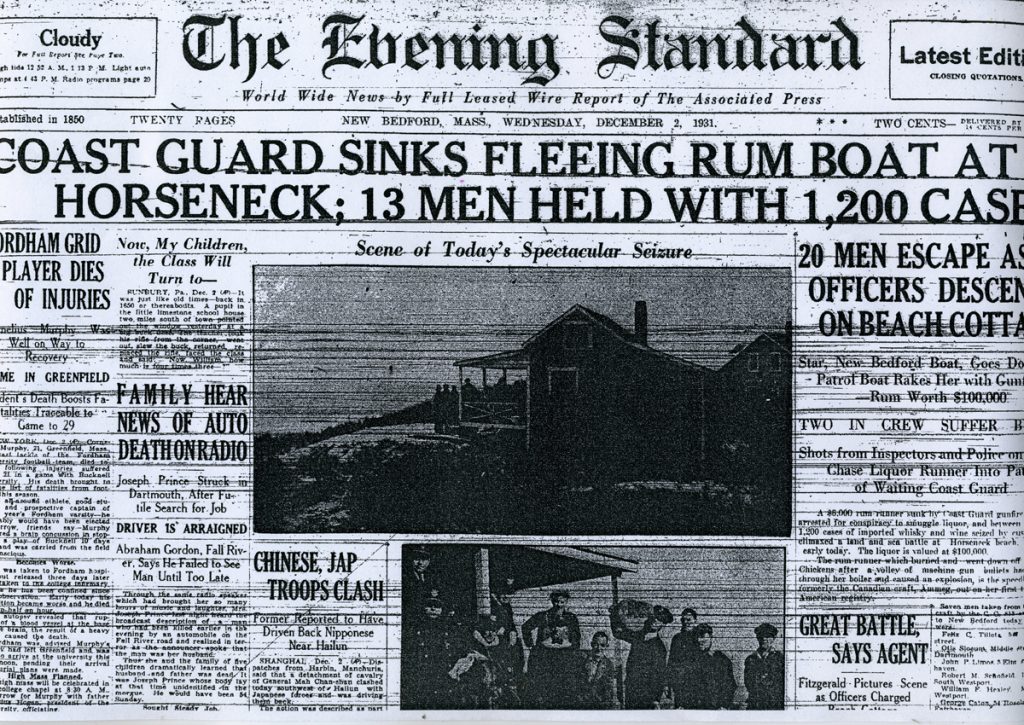 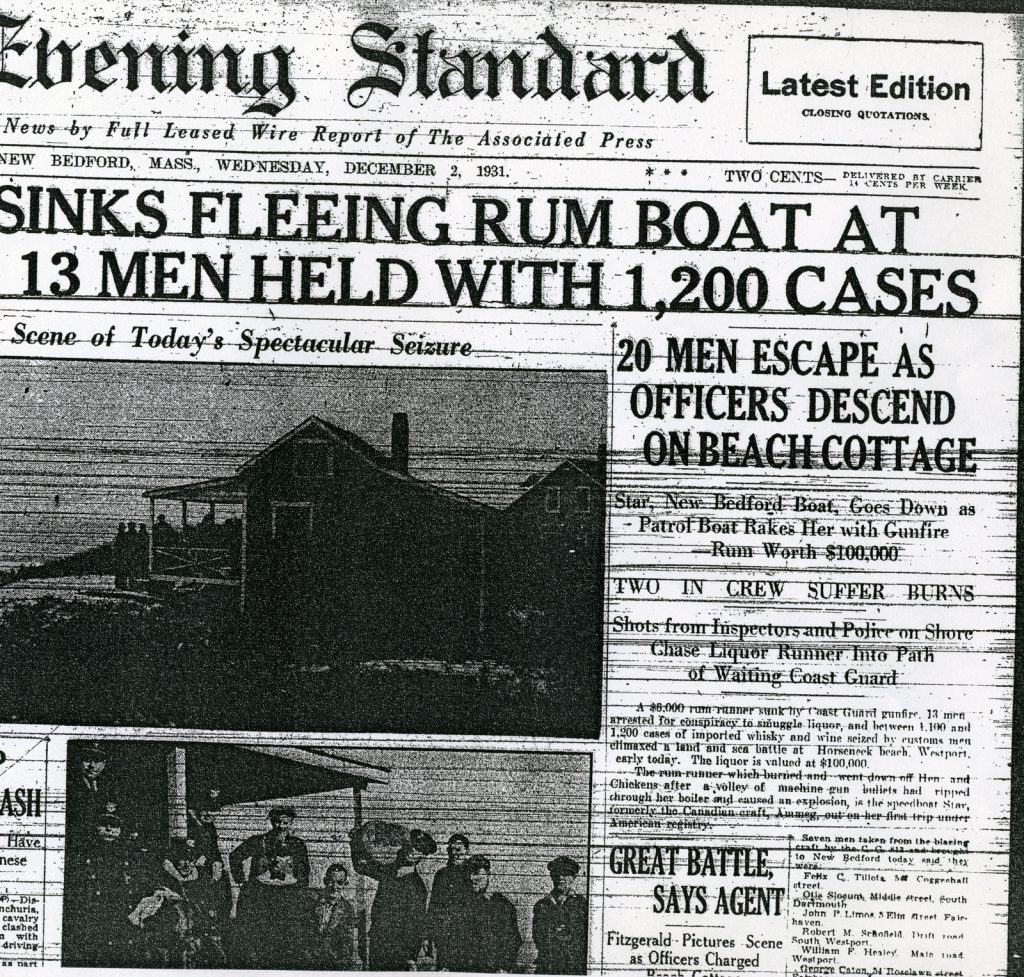 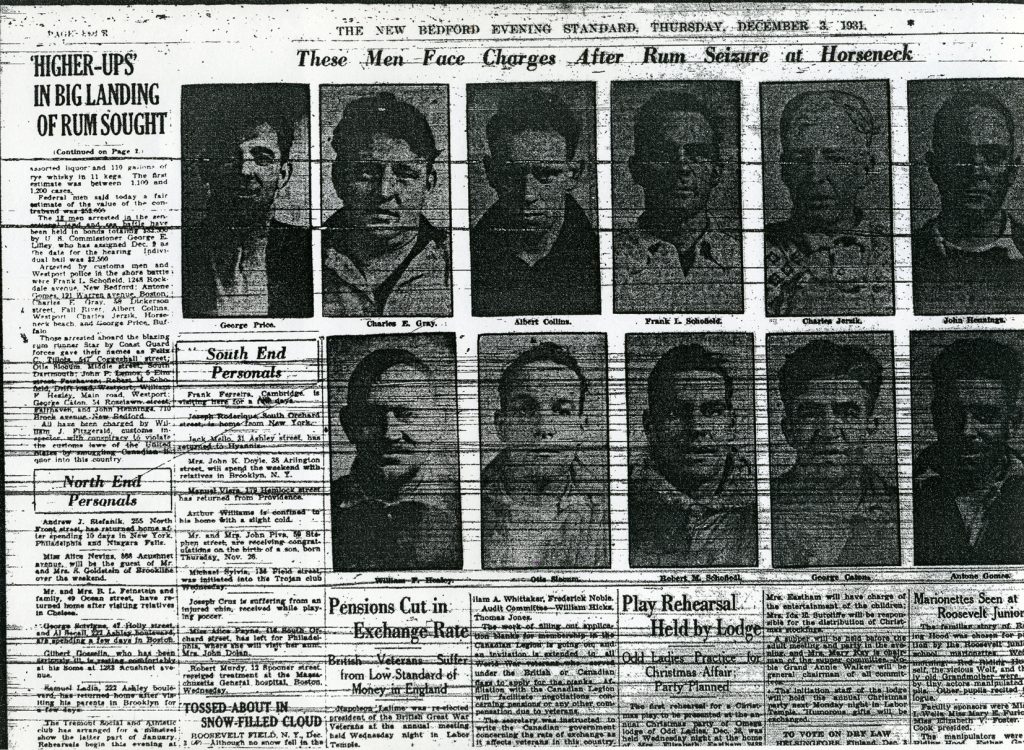 “I’d arrest the whole town if I had to”

“I’d arrest the whole town if I had to,” said Everett Coggeshall, Westport’s Prohibition era police officer. However, rum running was a community effort, such that even the constables were involved. “They’d get 25 to 35 dollars a night for helping to unload,” according to Coggeshall. Many nights Coggeshall attempted to outwit the smugglers by driving with the lights out in his truck, knowing that there were look-outs in the water towers and windmills at the Harbor. He found stills all over Westport, hidden in the woods. It is unclear how many Westporters, if any, he managed to arrest. 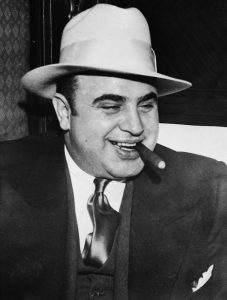 04 May 1932 — Infamous gangster Al Capone smokes a cigar on the train carrying him to the federal penitentiary in Atlanta where he will start serving an eleven-year sentence. — Image by © Bettmann/CORBIS

According to some old timers Al Capone stayed at Westport Point for a few days “long enough to get things sorted out.” 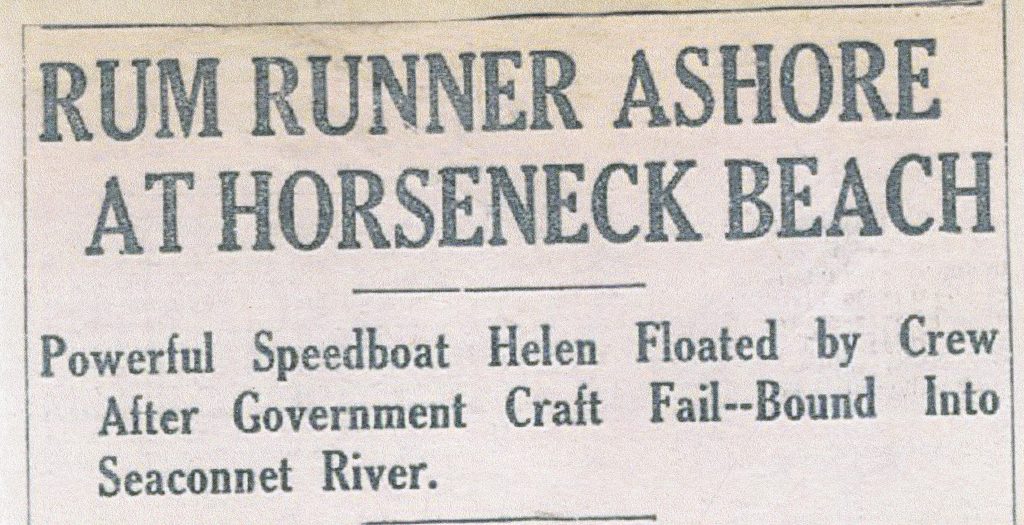 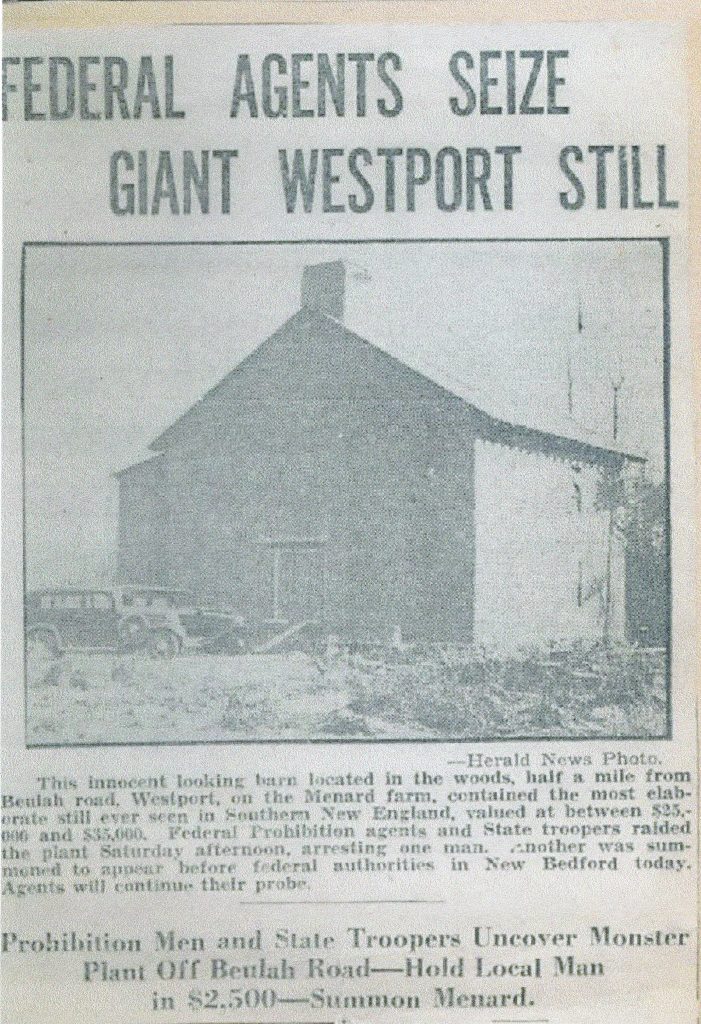 This entry was posted in Collection spotlight, Uncategorized.