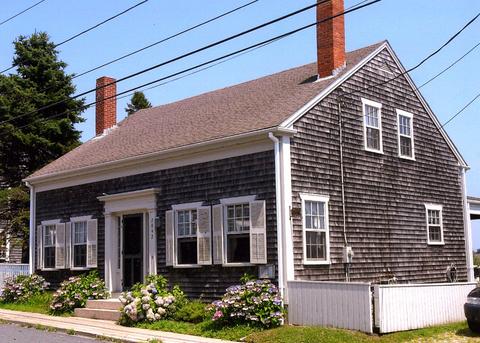 Home of Barney Wing, whaling master. His wife had wanted a new house but he felt they could not afford it. While he was away on an extended voyage, she arranged to have part of the house demolished and a new one erected. Returning from an unsuccessful voyage, Wing was forced to acquire a mortgage to pay the builder. A second voyage was also unsuccessful, and the house was sold to pay the mortgage.