The Union – first and nearly last 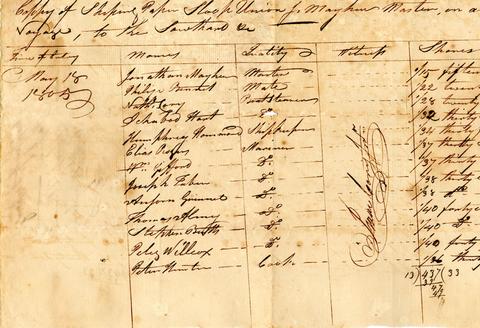 The first officially recorded whaling voyage from Westport Point is that of the sloop Union in 1775, Thomas Case master. This document lists the crew of the Union in 1805 making a 6 month voyage to the North Atlantic, Jonathan Mayhew master. One of the last whalers to sail from Westport was coincidently also called the Union, a schooner built in Essex 1847. In 1877, the schooner Union left Westport under the command of William H. Reynard bound for the Atlantic.