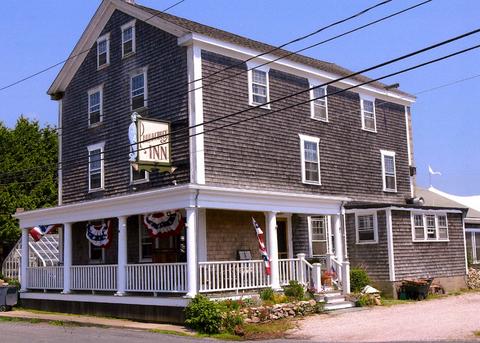 Three generations of the leading Westport Point merchant family, the Corys, made this house their home. Isaac Cory, Isaac Cory, Jr. and Alexander Hamilton Cory built ships, managed whaling and fishing voyages and served as general merchandisers of the area. They are best remembered for their ship, the Kate Cory, the last whaler built in Westport.

The Fate of the Kate Cory

“It took us some time to coal and while we were lying in port with the Louisa Hatch beside us, two ships (evidently whalers) came in, hove to and lowered boats. Their object was to barter sperm oil for supplies. As we had no flag in sight they could not know our nationality. They innocently inquired, and our prize master told them we were a Brazilian steamer bringing convicts. They seemed suspicious of us. We quietly got up steam and moved outside and reconnoitered. They were outside the marine league. We fired as we drew near and they made no resistance. One was the Bark Lafayette of New Bedford; we made short work of her. The other was the Kate Cory of Westport. We were going to make use of the latter to convey our prisoners (now quite numerous) to be landed, but a Brazilian schooner that had come to anchor offered to take the prisoners to Pernambuco if we would reward them for their trouble by giving them a few barrels of flour and pork. This we consented to do, and so we burned the Cory.”

[Reproduced from Recollections of a Naval Life: Including the Cruises of the Confederate States Steamers “Sumter” and “Alabama” by John McIntosh Kell]