John Avery Parker personifies the risky entrepreneurial spirit of the late 1700’s. He came to the Head of Westport in the 1790’s, opening a store and building ships. 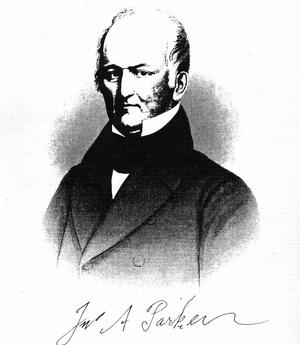 Yet as his business seemed to be failing and it was feared he would become a burden, the selectmen ordered him to leave. Parker moved to New Bedford where his fortunes changed and he went on to become that city’s first millionaire as hotelkeeper and banker. Parker continued to build vessels in Westport, forming a partnership with his brother-in-law, Levi Standish, on land near Hix Bridge. Between 1799 and 1815, he built 14 vessels among them the whaling vessel Wilmington and Liverpool (384 tons).

Town records of 1793 reveal Parker’s intentions to purchase a piece of the Town Landing [Landing lot sold to John Avery Parker] Upon the sixth article in the above warrant, Inserted upon a request of a number of the inhabitants of the town to know whether the town will sell to John Avery Parker a piece of the town Landing on the East side of the river. Voted that there be a committee of three chosen to go to the town’s landing on east side of the head of the river and view said situation and bigness of the said landing and report whether there can be a piece of said landing sold without discomoding persons who shall have occasion to use said landing. Also to report to the town whether in their opinion it is expedient for the town to sell any part thereof and if expedient to sell any part to report how big a part, and upon’what terms and report to this meeting when met by adjournment from this day. And Jonathan Peckham, Christopher Gifford & Nathaniel Kirby were chosen the Committee. 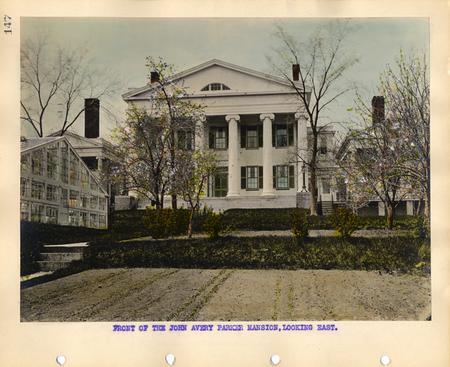 This entry was posted in Building Ships at the Head of Westport, People.