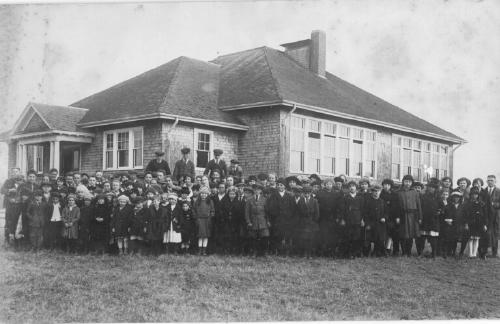 The Earle School. The Earle School was constructed on Main Road in Central Village in 1917 as the “new” high school and had an enrollment of between thirty and forty students. In 1934 an addition of a second floor and a combination gymnasium/auditorium was added to original two front sections of the building. In the 1950s it became an elementary school housing grades one through six. The Earle School takes its name from Milton Earle who served as teacher, coach, principal, and superintendent of schools in Westport. His son, Richard, is presently Westport’s harbormaster (2004).

This entry was posted in Schools of Westport.